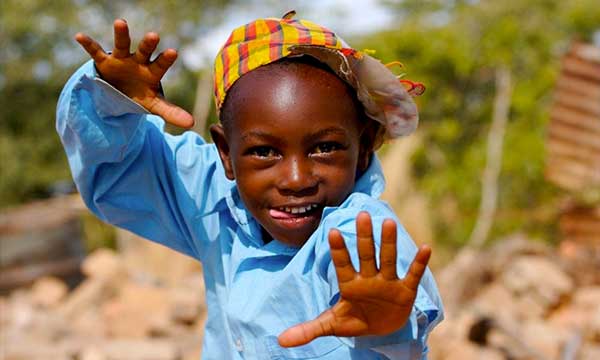 Last week we looked at the first part of our trip to Kenya to see how Oxfam approach the subject of project and risk management. You can read the first part by clicking on the link at the top of this page - now for part 2.

Sunday: We spend the night in grass-huts that have just been built to try and establish a resort on the shores ofLake Turkana. This is a remote place and the challenges are clear but this is also one of the most beautiful places in the world that I have seen. After a very basic breakfast of tea and chapattis we head north in the Land Cruiser up the coast.

Along the way we see Turkanans walking vast distances, barefoot on the baking sand. We give some of them lifts in the back of the vehicle. In this area, they are unlikely to have seen many vehicles in their life let alone ridden in them. They seem to be very happy that their all-day walk has been compressed to 30 mins. We don’t offer a lift to the Turkanan waving his rifle at us.

We visit some of the villages to see how they live and their general state of health. The Turkana are nomadic so have very few belongings and rebuild their grass-huts whenever they move. There is virtually no evidence of Western influence or materialism at all. Relatively they seem in “good” health but clearly it would not take much in the way of drought and inevitable famine to tip them over the edge. The ravages of poverty are clear when we are introduced to a 90 year old woman who is actually only 60!

We dare not go further north towards the Sudan as this is a no-go area for NGOs where bandits and attacks are frequent. Most of this is caused by livestock rustling – the Turkanans value goats more than money – but it’s too easy to get in the middle of situations that are just too risky for aid workers.

We return to the paradise that is the beach of the lake with the juxtaposition of water and dessert still nagging our brains. We eat a fantastic meal of freshly caught Tilapia and rice as the sun-set gives way to an amazing moon-rise and then the malaria carrying mossies ignore the Deet and feast on us.

Monday: Very early start to drive back to Lodwar. This is a difficult place to leave but the mosquito bites make it a bit easier.

We arrive back in Lodwar to a “normal” Monday morning at the Oxfam office. The courtyard is marked out into parking slots with white stones and in each slot sits a Land Cruiser in full Oxfam regalia including flags on their massive radio antenna and the no-guns stickers on the side – just in case anyone wondered.

Inside the offices the day is already in full swing with the plans for site visits and project meetings. The operation appears very professional but yet obviously done on a very tight budget. We visit a project just outside Lodwar which was aimed at relocating displaced tribes. In the early years of this century, many Turkanans walked south to Nairobi where they had heard that the streets were paved with gold – or the Kenyan equivalent of jobs and food. Many ended up destitute and returned north where they wandered Lodwar starving and desperate. They were relocated onto government land which Oxfam very quickly distributed appropriately and supplied water and sanitation services. Today the site is a thriving new village with a school and smiling children running and playing in the sand.

We then set out for Kerrio, a very remote region to the south-east of Lodwar. The road quickly deteriorated into nothing as we bounced our way through the deep sand. We were to see food distribution in action for tribes who were badly hit by a drought in 2005. Back then they were in a bad way and have been receiving food-aid on a monthly basis since.

The trucks loaded with food had left on Friday but, due to problems of getting stuck in the sand, they only got there on Monday morning. This had been factored into the plans based on previous experience. Our journey there in the Land Cruiser took less than 2 hours.

The December delivery did not happen as the area was cut off by unusually heavy rain and floods (anyone for a climate change discussion…….). The tribes were therefore very hungry but nothing prepared us for the sight that greeted us when we reached the distribution point.

The Land Cruiser slithered between densely packed palm trees and we suddenly emerged into a clearing. To our left was a makeshift compound into which the food had been unloaded from the trucks and to our right there were over 700 women and children patiently waiting for their food allocation. Men were conspicuous by their absence as they cannot be trusted with the food (!)  Plus it also helps to preserve their dignity by not being at the food distribution.

The woman and children stared open mouthed at us. Not surprising as we learned later that most of them had probably not seen a white person before and those that had, may only have seen white people briefly when the emergency aid started in 2005.

Hungry they may have been but they were patient, ordered and good humoured as they came up to shake our hands in the traditional Turkanan way. They were fascinated by our cameras and we could have entertained the children all day with their own photographs but there was an important project to execute here. The people were pre-prioritised in terms of need and vulnerability and clustered into extended family groups of 5-10 people. Once registered by their thumb prints, the groups quietly filtered into the compound and collected their allocated sacks which they dragged off into a corner and divided up in an incredibly systematic way.

What was explained to us was a lesson to all businesses in terms of real empowerment and delegation. When the aid programme started, the tribes were told that the food was theirs and Oxfam was only there to see that it was distributed fairly. It was the job of the tribal elders to manage the process and Oxfam only stepped-in the case of disputes which were rare.  Thus what was potentially an explosive situation i.e. piles of food and very hungry people, was transformed into an orderly process that was managed by the beneficiaries themselves.

The process was indeed efficient and quickly the people disappeared for the trek back to their villages. For a while I played football (i.e. a ball of tied rags) with some young boys, who for once had never heard of Manchester United, until the heat became too much and we left.

About an hour later we stopped at a village that had a basic shop and drank warm coke. Across the road was a hut with something strange on the roof. On closer inspection this proved to be a satellite dish and scrawled on a blackboard by the entrance was the English Premiership games for this weekend. This is truly a place of extremes.

Tuesday: After a brief de-brief in the Oxfam office, we started the long trek home basically taking 24 hours to get back to the UK. The desert of Turkana was replaced by the relative cool of Nairobi to be subsequently replaced by the absolute freezing temperatures of the UK. I had missed the cold, or so I thought. Already I miss the heat. A bit.

On the return trip our brains reeled with the sights, sounds and smells from the trip. We were left with an overwhelming appreciation of the work that Oxfam do and in particular, the business like way in which they perform in extreme physical and emotional conditions. We now need to think how modern project and risk management can be applied effectively in Oxfam’s  projects and even what can modern business learn from these very different circumstances? It was a very special and valuable week.