What Is Groupthink? The Theory, Psychology, and Symptoms of a Risk Phenomenon 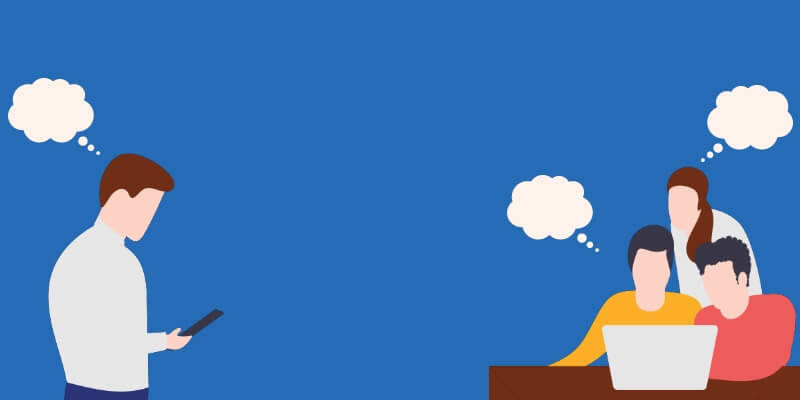 What Is Groupthink? The Theory, Psychology, and Symptoms of a Risk Phenomenon

Groupthink applies whenever people get together in groups. Meaning it can influence students in a classroom, to business people in a boardroom. Even government figures are influenced by groupthink — in fact, groupthink is often even more powerful in such circumstances.

What are the consequences of groupthink?

When people come together and discuss things in groups, such as decision-making and critical thinking, they are immediately subject to social pressures. Most of these pressures we don’t even realise affect us — but they do. One of these social pressures is the pressure to conform. To fit in and go along with everyone else. The result is that, in a lot of cases, groups tend to not discuss ideas as thoroughly as they should do — for fear of upsetting those around them.

In the world of risk management, it is important to understand groupthink because conforming groups end up taking more risks or implementing more risky behaviours than they would do individually.

Who came up with the groupthink definition?

In his study, Janis suggested that groupthink was behind the poor decisions made in the United States’ foreign policy. Including the escalation of the Vietnam War, Pearl Harbour, and the Bay of Pigs invasion (a failed attack on the country of Cuba).

The symptoms of groupthink psychology

Decades on from Irving Janis’ groupthink study, there has been a lot of social psychology work undertaken in order to understand why poor decision-making so often arises when intelligent, seeming-rational individuals get together.

Psychologists now think there are eight ‘symptoms’ that define groupthink. Sometimes they are worded differently, depending on which study you look at, but essentially they are:

The consequences of groupthink

Groupthink adds social pressures on groups to seek unanimous agreement even in the face of contrary facts pointing to another conclusion.

In business, groupthink tends to occur when groups strive to reach consensus despite organisational flaws. A high degree of homogeneity in social background and ideology in the group — combined with extreme pressure or stress — make groupthink even more likely to occur.

In business, some common consequences of groupthink include:

Groupthink theory is the idea that, when in groups, people tend to be more agreeable than normal. As a result, groups of people do not challenge, test, or evaluate ideas as strictly as they should do. There is a pressure to conform and “go along with the crowd”, which can stop people from thinking clearly.

When we work with a group of people, lots of psychological forces are at play. Including a pressure to “fit in” (conform) and to not want to upset the group even if you think you have recognised a flaw in the group’s decision-making (self-censorship). These are just two reasons. There are eight symptoms of groupthink in all.

In groups, people are more likely to go along (and not upset) the people around them. Oftentimes, we don’t even notice these group-pressures and they subconsciously influence us. Groupthink is bad because it seriously inhibits creative, challenging and independent thought. This can lead the group to make unanimous bad decisions.

Start by learning about groupthink behaviour and why it happens, and encourage everyone else in the group to do so. Openly encourage challenging behaviour and dissenting voices. More importantly, discuss the group’s ideas with each person one-on-one, and invite a group outsider for an impartial opinion.

In recent memory, victims of groupthink include the Enron scandal; the collapse of Northern Rock and Lehman Bros, and the failings of the Royal Bank of Scotland and the Halifax Bank of Scotland (HBOS). In the case of HBOS, the company’s risk manager later went on to say he was “censored” for raising concerns regarding the company’s strategy.

Historically, perhaps the most famous example of groupthink comes from Irving Janis’ research. In his 1972 study, Janis highlighted how the US government’s disastrous attempt to overthrow the Communist Cuban government was a failure of groupthink.

Very briefly, the plan was for the US military to invade Cuba, and they landed in 1961 in the Bay of Pigs area with a large group of Cuban exiles. Within three days, virtually all of the military forces were dead or captured. Part of the reason behind the failure was that President Kennedy approved the invasion based on advice from a “team of experts”. The team made a number of assumptions that proved to be false. Including:

Janis’ 1972 study concluded that the “team of experts” did not consider alternative viewpoints once they had reached their consensus. They then passed on the defective decision-making process that culminated in the failed invasion along to their president, Mr. Kennedy.

Another infamous groupthink disaster in popular culture is the ill-fated NASA Challenger rocket launch. Despite warnings from the engineers who built the space rocket, the “group” agreed to go ahead with it anyway.

How to avoid groupthink?

Once we understand what groupthink as a phenomenon is, it becomes easier to identify and to avoid. From an organisational perspective, here are some critical things to do:

When president Kennedy was faced with the Cuban missile crisis in 1962, he seemed to have learned well from the Bay of Pigs. During planning meetings, he invited outside experts to share their views, and allowed group members to question them thoroughly. He also encouraged group members to discuss possible solutions with trusted members within their separate departments. He even divided the group up into various sub-groups, to breakdown the group cohesion. Kennedy was also deliberately absent from the meetings, so as to avoid pressing his own opinion. We can only speculate what might have been, had groupthink shut down any rational problem solving within the US authorities during the Cuban missile crisis.

Avoiding groupthink with Assumption Based Communication Dynamics (The ABCD method)

We will never know if the ABCD method would have prevented the Challenger space shuttle disaster. But the rigorous structure that ABCD imposes would certainly have made sure that all the assumptions were evaluated appropriately for risk before the launch was allowed to go ahead.

For more information on groupthink and its relation to risk management, contact us today.